Learning to speak with Earth

A series of events by and with ZONKEY (Angela Melitopoulos and Kerstin Schroedinger)
in the yurt on the Toten Mann in Alberndorf in the Pulkautal.

Click here for entering to a short review and latest contributions: Learning to speak with Earth
We appreciate your interest!

A project in three stages:
Igniting Fantasy – Reading the Earth – Epiphany of the Goddess

THE DISSIDENT GODDESSES’ NETWORK is a project by scientists and artists based at the Academy of Fine Arts Vienna. It takes as its starting point the Venus figures found in Lower Austria and re-visits them in an interdisciplinary context, as a way of tackling the challenge of future-oriented ecological thinking. In an archaeological, biological and geological sense, the Earth is a deep repository that is today divided up between geochemistry, geophysics and agriculture with a focus on profit. History is tied to the Earth’s capacity and productivity.

THE DISSIDENT GODDESSES’ NETWORK engages the notion of GODDESS in order to articulate an ecological turn that is not envisaged only in terms of technology, but which also combines intellect, society and environment. Opposing a purely technocratic model of energy and climate policy – precisely the problem of the first ecological stage in the 1970s – THE DISSIDENT GODDESSES’ NETWORK introduces new concepts of subjectivity: the Earth subject, the Goddess subject and the Nature subject.

The eco-sophieised discussed and proposed by THE DISSIDENT GODDESSES’ NETWORK is based on the philosophical, historical and artistic figure of the goddess (as dea natura, natura naturans, dea materia, Dea Mater or Demeter, anima mundi). Where they have previously been closely tied to commodities by the industrial and capitalist world, the structures of desire are now reformulated through the goddess, aiming to shift the focus of current politics and economy as if by a magnet. (Elisabeth von Samsonow)

Numerous projects and events were carried out in the summer of 2021. Short reviews of the individual projects can be found here:

Learning to speak with Earth

The Dissident Goddesses ‘Network is not only for research and artistic production related to the history, economy and socio-political role of women. It also serves to create a sustainable network and to make the achievements of women in different fields of social relevance visible. The Dissident Goddesses ‘Network takes the great role models who are active worldwide in their respective framework and expresses its special appreciation for these people through their appointment as HONORARY GODDESS.

The current crisis is a crisis of life. The Dissident Goddesses‘ Network views the current global situation from the perspective of a – not new – radical need for socio-ecological change and reorientation. In the present breathing, the conditioning, beauty and fragility of planetary existence becomes clear as rarely: this is the epiphany of Gaia. This paper addresses all of us, the survivors, the „people of Gaia“ (Bruno Latour and Gilles Deleuze/ Felix Guattari), and is dedicated to those who passed away and will pass away during this pandemic.

About
The Dissident
Goddesses´ Network 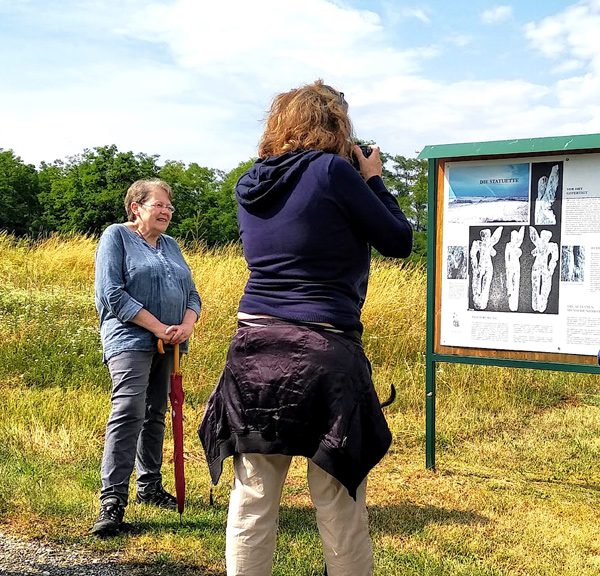